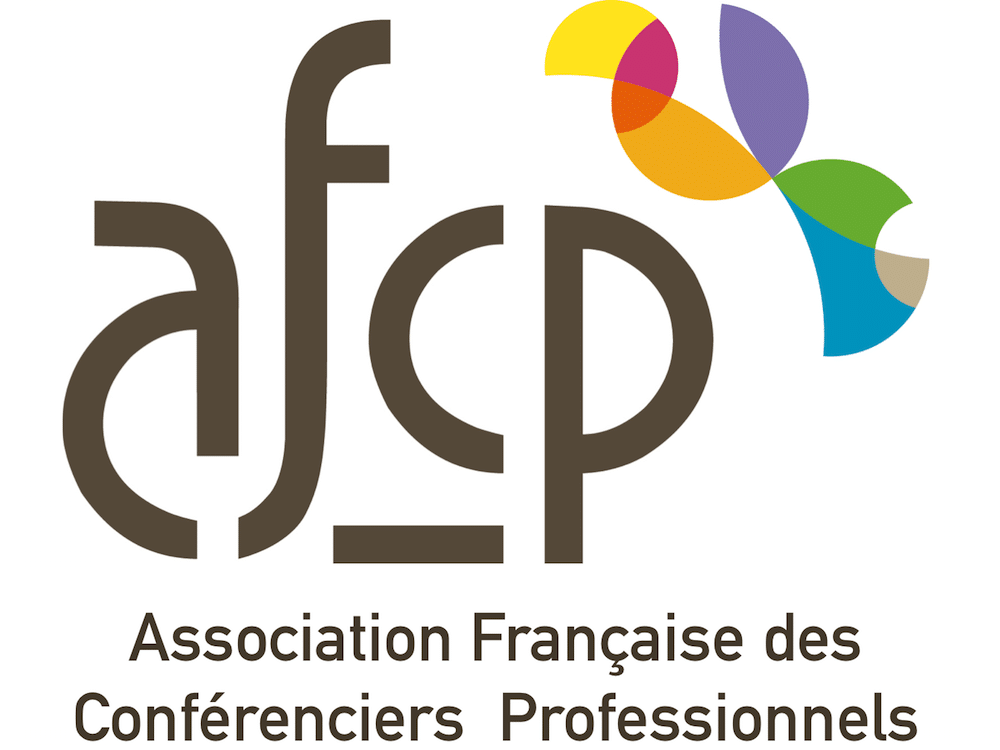 Status of the French Association of Professional Speakers (l’Association Française des Conférenciers Professionnels, AFCP) adopted by the extraordinary general assembly of the 8th of December 2020.

The members founded an associated ruled under the law of the 1st of July 1901 and under the decree of the 16th of August 1901, under the following denomination:

The Association aims at:

– working on the development of professional speakers in France,

– promoting the development of the expertise of professional speakers,

– promoting new pedagogical approaches and allowing members to broaden their knowledge thanks to the best global methods,

– favoring the development of its members’ selling of conferences.

It may be transferred anywhere in France, with the approval of the Board of Directors.

The duration of the Association is unlimited.

The Association is designed to welcoming all types of speakers, from experimented speakers, to develop their international influence thanks to its links with the GSF (Global Speakers Federation), to speakers in the making, to guide them towards excellence.

The different categories of speakers, as well as the conditions for admission in the association are defined in the rules of procedures.

One may lose their member status under the following circumstances:

The association’s resources include:

Article 9 –– BOARD OF DIRECTORS, BUREAU

The Association’s administration is entrusted to a Board of Directors composed of about 7 to 15 of its members, elected by the General Assembly in a secret ballot, for a two-year mandate, renewable once, or twice only in case of force majeure.

The Board of Directors meets at least once every two months, or if summoned by the President, or on demand of 25% of its members.

Any member of the Board of Directors who has not been excused and has not attended two successive meetings shall be considered as resigning.

Any member of the Board of Directors who has not attended six successive meetings shall be considered as resigning.

In the event of a vacancy, the Board of Directors shall organize the temporary replacement of one of its members. Their final replacement is decided upon during the next General Assembly.

The substitute member’s authority shall end at the moment when the mandate of the resigning member was supposed to expire.

The Bureau is composed of at least four members. These occupations cannot be combined, and their repartition must observe diversity and parity between its members, depending on the applications.

The President is elected in a secret ballot amongst the members of the Board of Directors.

The mandate shall be for a period of two years and is renewable once and only in case of force majeure. The decision to renew the President’s mandate shall be taken by majority of the members of the Board of Directors at least a year before the end of the first mandate.

Failure to comply with the Code of Ethics shall lead to ineligibility to the Board of Directors. This ineligibility shall last for a period of two years minimum.

The Board of Directors elects a bureau, in a secret ballot by its members:

In order to ensure the continuity of the association’s management, each General Assembly shall proceed to the anticipated election, 12 months prior to the ending of a presidential mandate, of the person who shall take on the next presidential mandate. This person, commonly referred to as the President Elect, shall remain within the General Assembly for one additional year as Past President.

Article 11 –– POWERS OF THE BOARD OF DIRECTORS, OF THE PRESIDENCY

The Board of Directors’ decisions are taken by majority of the members. In case there is no majority, a new vote shall occur, with the same decisional power, until a majority is reached.

The Board of Directors has plenary powers to allow any act that are not reserved to the General Assembly.

The Board is guarantor of the respect of the status, of the rules of procedure, and of the Code of Ethics. It supervises the management of the members of the Bureau, the work of committees, and it is allowed to hold accountability for their acts. It authorizes any purchase, alienation, renting, or loan necessary to the proper functioning of the Association, in compliance with the limitations set by the rules of procedure.

It determines the amount of any financial compensation linked to representation duties granted to certain members directing the Association, which shall be submitted for approval to the General Assembly, in compliance with the limitations set by the rules of procedure.

The Presidency represents the Association in all acts of civilian life and has plenary power to do so. They may delegate certain parts of their tasks. Notably, it may appear in court on behalf of the Association, as plaintiff or as defendant.

The Association’s Ordinary General Assembly includes all members endowed with a deciding or advisory voice.

The Association meets yearly. It may also meet every time the Board of Directors deems it necessary.

Any voting member can be represented by another member voting by proxy, on the condition that they provide a written power signed by the represented member. A present member can have maximum two proxies plus his own vote.

Two weeks before the set date, the members of the Associations are summoned by the Secretary-General.

The agenda is stated on the notifications to attend with the call for nominations to the Board of Directors.

The President, assisted by the members of the Bureau, chairs the Assembly, and exposes the moral situation of the Association.

The Treasurer gives their report on the fiscal management and submits their balance sheet for the approval of the Assembly. The Secretary gives an account of the activities of the Association.

The Assembly deliberates over any questions put on the agenda, and only over these questions.

The resolutions of the Ordinary General Meeting shall be taken:

Candidates to the Board shall be elected at the absolute majority of the votes cast. In the situation where the number of elected candidates should be superior to vacant posts in the Board, the integration of new members shall be effective while fully respecting the rule of the greater number of votes.

The resolutions of the Extraordinary General Assembly are taken:

Only the cost incurred by the fulfilling of their tasks may be refunded upon presentation of supporting documents. The rules of procedure specify the conditions of repayment.

The financial report presented to the ordinary General Meeting makes mention of refunding of mission expenses, trips, or representation expenses.

Dissolution is declared by at least two thirds of the present members of the General Assembly. In that case, one or more liquidators shall be appointed by the General Assembly and the assets, if any, are devolved as provided by article 9 of the law of the 1st July 1901, and the decree of the 19th August 1901.